Halloween is here, and amid the make-believe witches, ghouls, and goblins, there are supposedly real-life villains who hope to harm on children October 31. News reports and scary stories on social media leave many parents concerned about protecting children from Halloween threats.

But are they real or myth? Here are five scary myths and legends about the spookiest holiday! 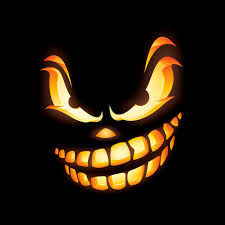 Christian evangelist Phil Phillips and Joan Hake Robie, in their book “Halloween and Satanism,” explain that the seemingly harmless costumes (such as witches, zombies and vampires) put children’s spiritual lives at risk by interesting them in supernatural occult phenomena—and, ultimately, on the road to Satanic practices. Of course it’s not just Halloween that these groups are concerned about—they have in the past protested against role-playing games, heavy-metal music, and even Harry Potter books.

The most familiar Halloween scares involve contaminated candy, and every year, police and medical centers across the country X-ray candy collected by trick-or-treaters to check for razors, needles, or contaminants that might have been placed there by strangers intending to hurt or kill children. Scary news reports and warnings on social media claimed that dangerous candy had been found, raising fears among parents and children. Many medical centers across the country, including in Harrisburg, Penn., are offering free X-raying of candy this Halloween.

Yet the fear continues. There have been a few instances of candy tampering over the years—and in most cases the “victim” turned out to be the culprit, children doing it as a prank or to draw attention. Last year there were a few news reports about suspected tainted candy, and police determined that the incidents were hoaxes. In Philadelphia an 11-year-old girl and a 12-year-old boy in who reported finding needles in their trick-or-treat candy admitted they made up the story for attention, and a 37-year-old father claimed to have found tainted candy in his kids’ loot; he later admitted it was a hoax and claimed that he put the needles in the candy to teach his kids a lesson about safety.

After the September 11, 2001, attacks, rumors circulated that mysterious Middle Eastern men were buying up huge quantities of candies just before Halloween. Many people were concerned that this might be part of a terrorist plot to attack America’s children, and the FBI looked into the case.

Prompted by the public concern over potential terrorism, the FBI acknowledged that it was investigating the cash purchase of ‘large quantities’ of candy from Costco stores in New Jersey. A week before Halloween, on October 22, the FBI cleared up the rumors. It was one man, not two, who had bought $15,000 worth of candy, not $35,000. The man’s nationality was not revealed, so he may or may not have been Arab or dark-skinned or even had an ethnic name. As it turned out the man was a wholesaler who planned to resell the candy, and the purchase was a routine transaction that had nothing to do with terrorism.

Though the fears over poisoned candy (whether by malicious neighbors or foreign terrorists) never materialized, the reputed Halloween evil took a new form in the 1990s: sex offenders. This scare, even more than the candy panics, was fueled by alarmist news reports and police warnings. In many states, convicted sex offenders were required not to answer the door if trick-or-treaters came by, or to report to jail overnight. In many states including Texas and Arkansas offenders were required to report to courthouses on Halloween evening for a mandatory counseling sessions.

In the wake of the recent scary clown panics across the country, several national stores including Target have removed scary clown masks from their shelves, and both kids and parents are asking children to both beware of people in clown costumes and to not wear scary clown masks. Several counties banned scary clown costumes and masks last Halloween. As one writer noted, “A Kemper County, Mississippi’s Board of Supervisors voted recently to make it unlawful to wear a clown costume in public. The ban covers all ages and includes costumes, masks or makeup. The ban – which will expire the day after Halloween – comes at the request of the county sheriff… It comes after a series of reports from around the country and Alabama that spooky-looking clowns were threatening children and schools. Some of those reports were later debunked and a few led to arrests with concerns over the creepy clown phenomenon growing as Halloween approaches.”

Clown masks have also been banned from some New Jersey schools; as “USA Today” reported, “The West Milford Police Department has said there is no specific threat against the community. Still, there have been spotty and unsubstantiated reports on social media about people in scary clown masks lurking around township school yards in recent weeks.” Fortunately so far there are no confirmed reports of children being seriously injured, abducted, or killed by anyone dressed in scary clown masks over the past few months. Most of the reports are hoaxes and copycats, usually by teenagers who have fun scaring people or seeing themselves on social media.

Halloween is scary enough on its own, between overpriced candy and sugar-sated kids.

The real threats to children don’t involve tampered candy, Satanists, scary clowns, terrorists, or sex offenders; instead they include being hit by a car in the dark, or wearing a flammable costume, or injuring themselves while walking on curbs because they can’t see out of their masks. Most kids are very safe at Halloween, and the average child is far more likely to die of a heart attack or be hit by lightning than be harmed in some Halloween-related menace.