Kenny Biddle and I wrote articles on the true story behind “The Entity” 1982 horror film. We were challenged in an episode of the Three Tortured Souls show by a guy who complained that we weren’t being fair to the original paranormal researcher, Barry Taff, upon whose work the film was loosely based. Taff did an astonishingly bad investigation job, which his defender basically admitted, but said that the original research (somewhere in a CA storage unit) would prove us wrong.

Kenny and I offered to pay to have the research located and analyzed, but we never heard back.. 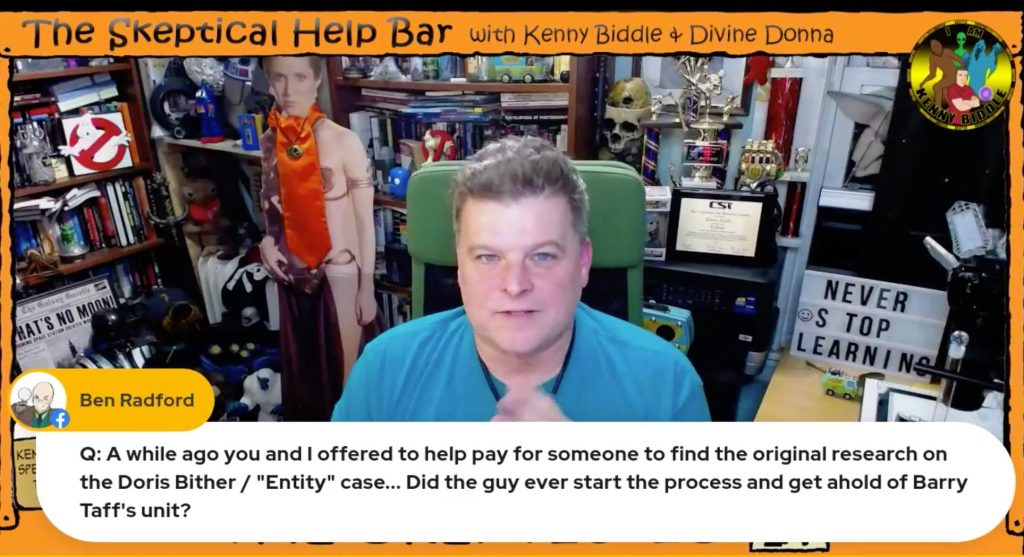