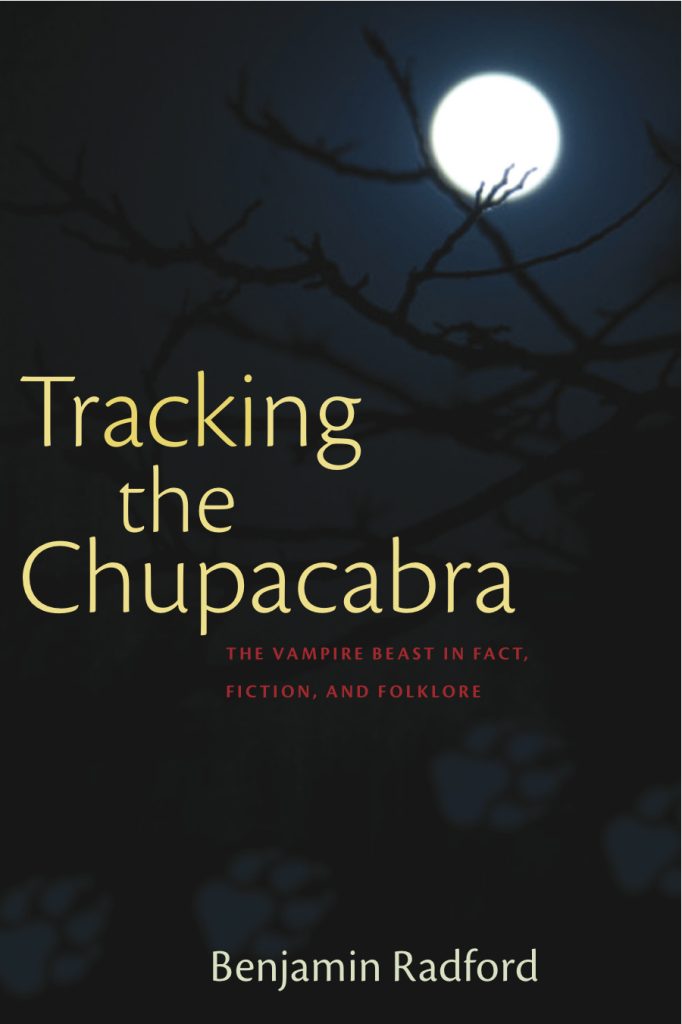 Tracking the Chupacabra: The Vampire Beast in Fact, Fiction, and Folklore

Among the monsters said to roam the world’s jungles and desolate deserts, none is more feared than the chupacabra—the blood-sucking beast blamed for the mysterious deaths of thousands of animals since the 1990s. To some it’s a joke; to many it is a very real threat and even a harbinger of the apocalypse. Originating in Latin America yet known worldwide, the chupacabra is a contradictory and bizarre blend of vampire and shapeshifter, changing its appearance and characteristics depending on when and where it is seen.

Rooted in conspiracy theory and anti-American sentiment, the beast is said to be the result of Frankenstein-like secret U.S. government experiments in the Puerto Rican jungles. Combining five years of careful investigation (including eyewitness accounts, field research, and forensic analysis) with a close study of the creature’s cultural and folkloric significance, Benjamin Radford is the first to fully explore—and solve—the decades-old mystery of the chupacabra.