Purchase at Amazon.com || Read an excerpt 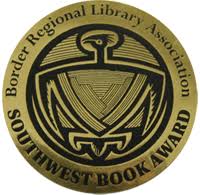 Mysterious New Mexico: Miracles, Magic, and Monsters in the Land of Enchantment (published by the University of New Mexico Press) won the 2015 Southwest Book Design Award from the New Mexico Book Association. The cover features a photograph of La Llorona, the weeping woman of Hispanic folklore, and was unusual in that the title was vertical, not horizontal, on the cover. It also won the Southwest Book Award, from the Border Regional Library Association.

New Mexico’s twin traditions of the scientific and the supernatural meet for the first time in this long-overdue book by a journalist known for investigating the unexplained. Strange tales of ghosts, monsters, miracles, lost treasure, UFOs, and much more can be found not far from the birthplace of the atomic bomb. Huge radio astronomy dishes search desert skies for alien life, and the world’s first spaceport can be found in this enchanted land; in many ways New Mexico truly is a portal to other worlds.

“It’s a treat to have a guided tour of New Mexico mysteries by an actual scientific paranormal investigator instead of hearing a rehash of the same stories. Mysterious New Mexico is in-depth information that honors the folklore but gets to the core of the mysteries; you won’t get anything close from other authors of ‘mystery mongering’ books. The truth is much more satisfying.” -Sharon Hill, editor, Doubtful News

“Radford’s research into the unexplained is always informative, lively, and entertaining, and Mysterious New Mexico is no exception. . . . Both skeptics and believers will find it invaluable, and I highly recommend it.” –Patrick Burns, TruTV’s Haunting Evidence

Purchase at Amazon.com || Read an excerpt