I have a new book out! Or at least some contributions in a new book: Imagining the End: The Apocalypse in American Pop Culture. I wrote several sections including on the Antichrist, the Mark of the Beast, the Rapture, Latter-Day Saints Prophecy, and more. 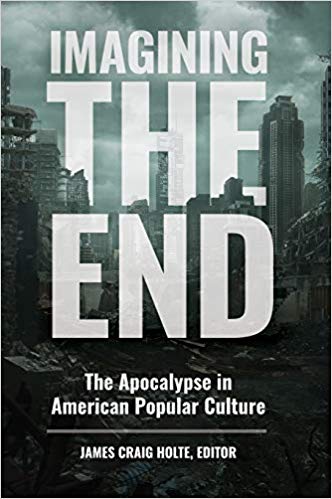 You can see more about it HERE.

Ben and Pascual kick off the 2017 New Mexico Podscape festival by musing on natural disasters and cryptids, for instance how Hurricaine Hugo in Puerto Rico helped spawned the chupacabra legend. Then, since a doomsday was recently predicted for the very day they recorded, Ben and Pascual discuss apocolypses (apocolypi?). Interpreting everything from astronomical lineups to hunting out supposed Biblical patterns, people have been predicting the end seemingly since the beginning. Ben recounts trying to interview an apocalyptic prophet one day after the doomsday he predicted, and harkens back to the 19th-century Millerites, who ended up splintering into the 7th Day Adventists after their predicted doomsday failed to show up. Then to wind up, Pascual talks about “psychic vampire repellant,” which can be yours for $28 on Gwynneth Paltrow’s website Goop.

You can here it HERE.

I’ve been asked to write an entry for an upcoming pop culture/academic book on aspects of the apocalypse. The subject: One of my favorite movies of the 1980s: “The Road Warrior.” More details as they become available! 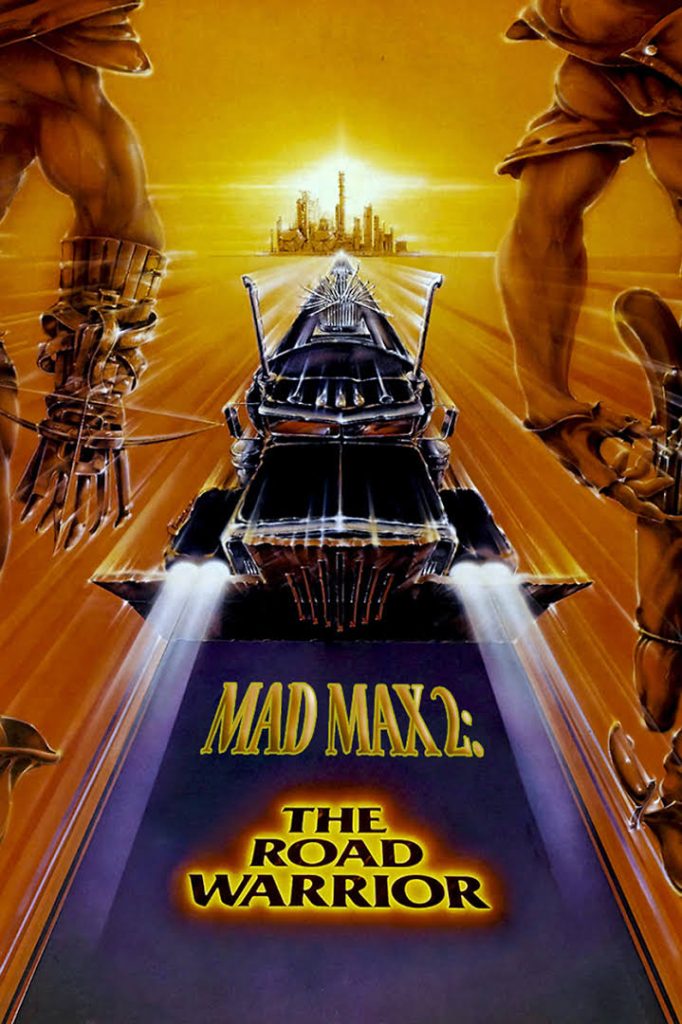 Hey folks! I’m a guest, along with my buddies Seth Shostak, Bill Nye, and Neil deGrasse Tyson, on the recent episode of “StarTalk Radio,” talking about UFOs and alien life. Check it out HERE!

The Brazilian airline TAM recently changed the flight number of one of its planes based on a prediction by a self-proclaimed psychic that the flight was doomed.

Why? You can read more HERE.

Why is Ebola so scary? For various interesting psychological and sociological reasons… My new article on it for Discovery News is HERE.

I was recently interviewed by Voice of Russia about conspiracy theories surrounding the missing Malaysian Flight 370.

The mysterious disappearance of Malaysian Airlines Flight MH 370 has become the most debated issue in the recent weeks, sparking more questions than answers. The public has taken to coming up with their own theories desperately seeking a clue for the Malaysian jetliner riddle. An assortment of conspiracy theories includes terrorist attacks, supernatural intervention, and even influence of the Illuminati. Although the government of Malaysia announced that the Boeing had crashed into the southern Indian Ocean, no debris from the missing aircraft has yet been found despite all efforts of the multinational search team. According to Malaysian officials, police investigation may never discover the reason of the crash, but that only poured oil on the flames.

For many years conspiracy theorists claimed the government conducts top secret chemical testing in the skies above us. As evidence they point to “chemtrails” — actually ordinary airplane contrails, or condensation trails — that, it’s claimed, have some sinister purpose….

You can read my piece HERE.

Diamonds have fascinated mankind for centuries, and it’s not surprising that folklore and superstitions have arisen involving good and bad luck associated with them. One of the most spectacular gems in the world is the Hope Diamond, a beautiful blue diamond weighing over 45 carats…. Yet it is said to be cursed! Read about it HERE-– if you dare!

For years, people have reported sudden showers of animals falling from the sky. What’s really going on? You can read my piece HERE.

Lunar eclipses are always interesting, though the “blood moon” is a much rarer event. Instead of a total eclipse, the moon is bathed in a red-orange hue of refracted light coming from around Earth. You can read more about it HERE.

Recent videos of animals fleeing Yellowstone Park have many tourists and local residents concerned that a volcanic eruption may be imminent…. I take a closer look at the story… you can read it HERE.

As officials from several countries, and dozens of planes and boats, scour the South China Sea and the Bay of Bengal for the mysteriously missing China-bound Malaysia Airlines Flight MH370 with 239 people aboard, some people are wondering if there might be some connection to the Bermuda Triangle.

My article appeared last week on Yahoo News and you can read it HERE.

A huge solar flare belched a cloud of charged particles into Earth’s path. But other than frying telegraph lines, the electromagnetic collision caused little stir in the world. But how real is the danger of another massive sunburst?

I add my two cents in this story, which you can read HERE.

For those who didn’t see this earlier, I wrote a piece about 7 stories and myths busted in 2013… you can read it HERE.

Scalia said that “I even believe in the Devil…..Of course! Yeah, he’s a real person. Hey, c’mon, that’s standard Catholic doctrine! Every Catholic believes that…. In the Gospels, the Devil is doing all sorts of things. He’s making pigs run off cliffs, he’s possessing people and whatnot. And that doesn’t happen very much anymore…. What he’s doing now is getting people not to believe in him or in God. He’s much more successful that way.”

Why, in 2013, do people still believe in the Devil? Here’s some reasons from my Discovery News piece, you can read it HERE.

Sometimes when discussing current events I will hear someone say “Oh, I hate the news… I don’t follow the news anymore, it’s nothing but bad news.” It’s just a depressing laundry list of death and war and problems, a daily documentation of the world’s progress on its inexorable path toward hell….

It’s a jaded, cynical trope, and it’s also not true, as you can read HERE.

If you haven’t seen the new issue of Skeptical Inquirer magazine, you’re missing out!

I have a feature article on plagiarism I found in a book about vampires from a famous publisher, and a column about whether accurate psychic information could have stopped the Boston bombings. You can find it on newsstands now, or subscribe at www.csicop.org.

I was recently interviewed by the great guys at the Project: Archivist podcast, talking about cults in general and doomsday cults specifically. I’ll post a link once the show’s out!

I’m quoted discussing water scarcity in an article in The Journal of Water Law, talking about the myth that there is a water shortage on Earth. You can read the article HERE.

Albuquerque author and investigator Benjamin Radford (me) will be presenting a free talk on The Mysterious Crystal Skulls. Crystal skulls are among the strangest and most mysterious artifacts in the world. They have been seen in the world’s finest museums, inspired Indiana Jones, and, according to legend, have even been used to see the future—or kill with terrible supernatural power. What do we make of these objects, whose origins are shrouded in the mists of mystery? Come hear the bizarre true story of this strange modern mystery!

The talk begins at 7 PM. The event is sponsored by New Mexicans for Science and Reason and is FREE and open to the public.

I was interviewed by a reporter for the New York Daily News about the marketing and commercialization of the 2012 phenomenon. Yep, everbody’s cashing in!

You can read the story HERE.

If you’re reading this, the world didn’t end at the beginning of this infamous year. 2012 is a date shrouded in mystery, controversy and—some say—doooom.

Here’s a primer on the whole 2012 issue and its connection to the Mayan calendar, from the Weekly Alibi. You can read the story HERE.

As we head inexorably toward 2012, I wrote a piece for Discovery News looking back at some of the strangest mysteries of this past year, and some of the mysteries that remain with us as we enter the new year.

What’s behind, and what’s ahead?  You can read the story HERE.

I’m pleased to announce that my sixth book, The Martians Have Landed! A History of Media-Driven Panics and Hoaxes, is now available.

The book is co-authored with sociologist Robert Bartholomew (who also co-authored my first book back in 2003, Hoaxes Myths, and Manias: Why We Need Critical Thinking). Bob and I also co-authored a report on the Pokemon Panic which solved the mystery and was published in the prestigious Southern Medical Journal.

The Martians Have Landed! surveys a wide breadth of social panics and scares that were fueled by the mass media, from classics like the 1938 War of the Worlds scare by Orson Welles and the Halley’s Comet panic of 1910, to recent panics like murders following Hurricane Katrina and anti-vaccination fears. Other topics include Morgellons disease; the Ghost Slasher of Taipei; radio disc jockey hoaxes; the bird flu panic; the Bat-men on the Moon hoax; shark attack panics; urban legends; the Curse of the Crying Boy paintings; e-mail virus panics, mass hysterias, and much more. In all there are nearly 40 chapters by experts around the world. Some are hoaxes; others are merely misunderstandings that got out of control. Some are now largely forgotten, while others still have a clear effect on us today and will shape society into the future.

I contributed about half the chapters, including on phantom clowns, contrails, Satanic scares, predator panics, kidney theft, and how the Puerto Rican media fueled concern over a certain blood-sucking beast you may have heard of….

Autographed copies of the book can be purchased from me at my Web site for $36 (includes free shipping), or at your local independent bookstore, or at Amazon.com and elsewhere. The cover price is $40.

Harold Camping, the leader of the ministry Family Radio Worldwide, who concluded after careful study of the Bible that the world would end (or begin to end) on May 21, 2011, says the world will end in the next few days… While End Times believers scour the Bible for evidence supporting their beliefs, perhaps they should re-read Proverbs 16:18 (“Pride goeth before destruction, and an haughty spirit before a fall”).

You can read the full story HERE.