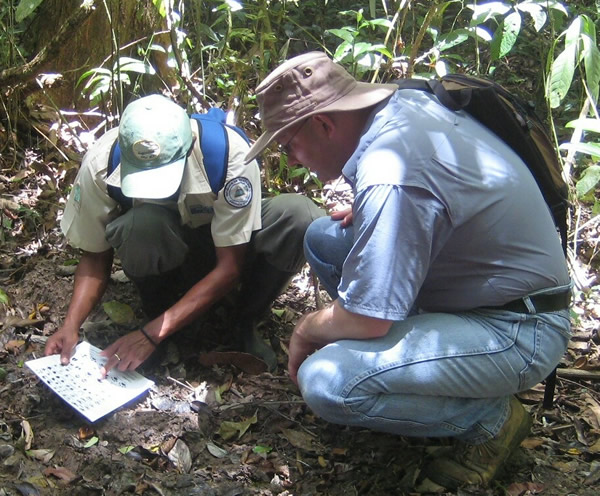 This course is designed to be useful to a variety of people with different interests. First, for would-be paranormal investigators, those who have read about the world’s strange mysteries and want to try their hand at it, this is a “how to” guide for conducting successful scientific investigations into “unexplained” phenomenon.

Millions of people watch paranormal-themed television shows on everything from ghosts to psychic detectives, monsters to crop circles, not realizing that they are seeing entertainment instead of actual investigation. Reading these lessons won’t make you a scientific paranormal investigator, any more than reading a book on car repair makes you a mechanic. But it will give you insight into the process and a solid blueprint to work from.

For people with some knowledge of skepticism and an interest in the paranormal—but who don’t necessarily have the time, inclination, or ability to become a paranormal investigator themselves—the collection of illustrative case studies will be of interest. After all, there’s only a handful of people in the world who seriously investigate the unexplained.

For the millions who have an interest in the paranormal but who are not necessarily familiar with what skeptics are or what they do, I provide an understanding of skepticism and how science can be applied to modern mysteries and the paranormal. People are often surprised to learn that paranormal phenomena can be—and indeed has been—subjected to solid scientific analysis. Understanding skepticism will make you a better critical thinker. The principles of skepticism and investigation apply far beyond exotic topics like ghosts and monsters; they will help you spot logical fallacies and faulty arguments in all areas.

Maybe you’re wondering what expertise I have in paranormal investigation. What gives me any credibility?

It’s a fair question, and one that I welcome. There are thousands of people in the world who call themselves paranormal investigators, ghost hunters, or something similar. Paranormal investigation requires no certificate; anyone can do it with no training, knowledge, or expertise whatsoever. Whether they are effective or not—or actually solve any mysteries—is another matter entirely.

There are even some “ghost hunter” or “paranormal investigation” books claiming to instruct readers on how to look into ghosts and the supernatural. The problem is that, with a few exceptions, few of the authors have any background in logic, investigation, or science. They do not use good investigative techniques, nor do they use good science.

In short, most “experts” on the paranormal have little if any credibility; they are simply folks who have an interest in the topics and have decided to write books that mostly ignore the skeptical, rational explanations in favor of mystery-mongering. Readers should research the author(s) to evaluate their credibility and history of successful investigation and solved mysteries. If you are going to buy a book or take a course on paranormal investigation, you deserve to have an author or instructor who knows what he or she is talking about.

I have a strong background in science, a bachelor’s degree in psychology, and a master’s degree in education. The first two ground me in the scientific methods and logic; the latter gives me expertise in the psychological processes that underlie reports of nearly all unexplained phenomenon.

The second is my background as an investigator with the non-profit educational organization The Committee for Scientific Inquiry, founded by top scientists such as Carl Sagan and Isaac Asimov. I have also served as managing (now deputy) editor for the science magazine Skeptical Inquirer since 1998.

Third, I have over a decade of personal experience in investigating everything from miracles to crop circles to psychics and lake monsters. Unlike well-meaning amateurs, investigating the paranormal is not a hobby or lark for me; it is a career. My books and investigation techniques are even taught in critical thinking courses at colleges and universities in Washington and California. I also teach investigation workshops at conferences across the country.

Perhaps most importantly, the results speak for themselves. I have solved dozens of mysteries using these methods and techniques. I have a long, documented track record of solving mysteries, reported by National Geographic, the Discovery Channel, the Learning Channel, ABC News, The New York Times, Vanity Fair, USA Today, CNN, BBC, and other news organizations with three letters. I must be doing something right, because “unexplained” mysteries I investigate keep getting solved. The methods and strategies I use and discuss here have proven themselves time and again.

Here are a few of the high-profile mysteries I’ve solved:

The next time you pick up a book about paranormal investigation or ghost hunting, do a little research to see how many, if any, well-known mysteries they have solved. If you can find someone better qualified to teach you, with a better combination of academic credentials, mainstream credibility, research published in peer-reviewed journals, published books, and a history of solved cases, you should listen to them, not me. Seriously.

I don’t mention this to brag, but because credibility is very important, especially in a field like paranormal investigation. Anyone can write a book, or call himself or herself a ghost hunter. But not anyone can bring good science to it, and show a proven track record of success.

If you follow my course and take its lessons seriously, you too could make your name solving mysteries. Maybe the next time the Discovery Channel or the Learning Channel is doing a TV show about some mystery, they’ll see your work and ask you to be on their show as an expert!

In the next installment, I’ll discuss the best way to approach the paranormal: No, it’s not with ghost-hunting EMF detectors or Bigfoot-ready cages, but with an understanding of what paranormal means.