A crowdfunding project has helped launch a new magazine, Kazoo, to empower girls and (in part) help steer them toward STEM careers. Kazoo focuses on girls and women, according to its website: “All of our stories are either developed or inspired by top female artists, explorers, scientists, chefs, athletes, activists, writers and others. Regular features include: science experiments; comics; art projects; recipes; interviews with inspiring women from Olympic athletes to astronauts; and fun activities, like secret codes, jokes, mazes, search-and-finds and more…. It will feature some of the most powerful and inspirational women in their fields, thus giving girls a more well-rounded sense of the world and the possibilities within it.” 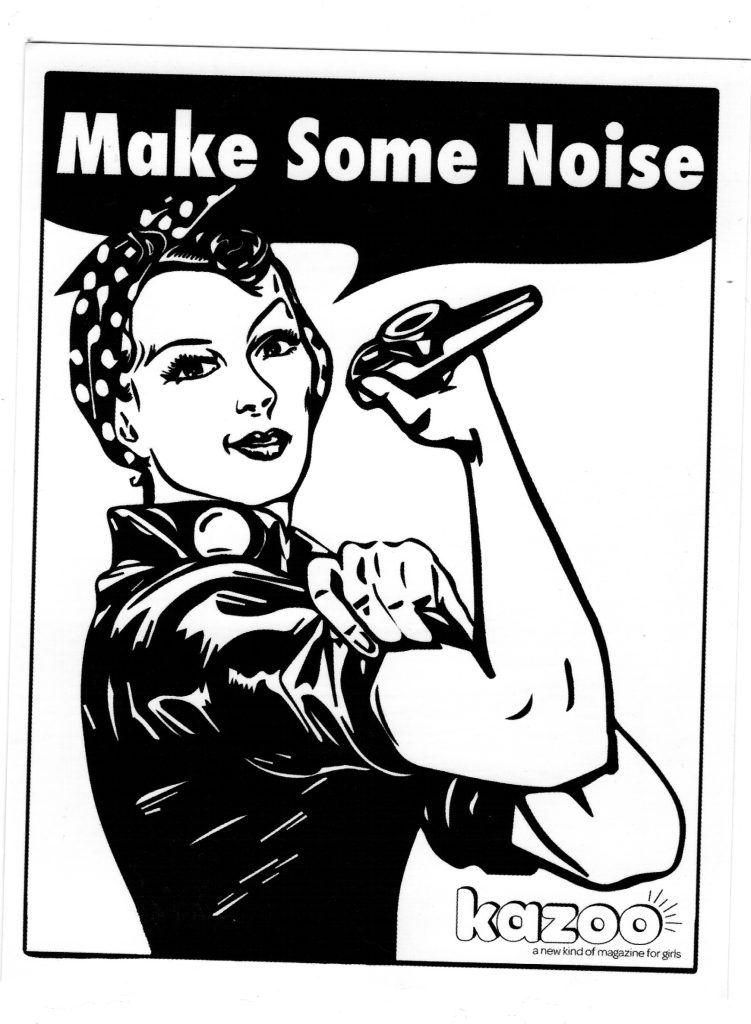 Touted as “a magazine for girls who aren’t afraid to make some noise,” the website notes, Kazoo isn’t just for girls: boys would “probably love it, too. After all, there’s no such thing as say, girls’ science and boys’ science, or girls’ art and boys’ art. Science is science and art is art, of course. But most media that cover similar topics use boys as the default target audience, while girls are left with the burden of just ‘putting themselves in the story.’”

Founder Erin Bried explains that she and her five-year-old daughter were looking for a magazine they could enjoy together but were dissatisfied with what was available. Bried drew upon nearly twenty years of experience in high profile magazine including Self and Glamour, and in April 2016 launched a Kickstarter campaign “with hopes that other people would also be as interested in a magazine that doesn’t tell girls how to look or act, but instead inspires them to be strong, smart, fierce and, above all, true to themselves. Within 30 days, Kazoo became the most successful journalism campaign in crowdfunding history.” (Full disclosure: I contributed to Kazoo’s campaign.)

The theme of Kazoo’s most recent issue (Winter 2016/2017) is architecture, and features blueprints for making a snow fort and a bridge made of candy; a comic about the Brooklyn Bridge, a city scavenger hunt, ice science experiments, a banana bread recipe, and more. Kazoo, which carries no advertising, is only available in screen-free print form (since its pages contain art projects and puzzles) and costs $50 per year for four issues; subscriptions are available HERE.