As my awesome podcast Squaring the Strange (co-hosted by Pascual Romero and Celestia Ward) has passed its anniversary, I will be posting episode summaries from the past year to remind people some of the diverse topics we’ve covered on the show, ranging from ghosts to folklore to mysteries and topical skepticism. If you haven’t heard it, please give a listen! 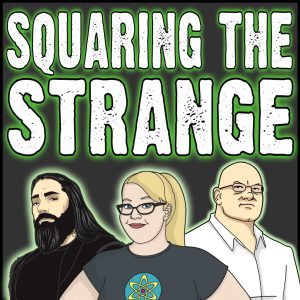 First, Pascual is skeptical of mutating astronaut DNA, and looks closely at the media misinterpretation of a recent NASA press release. Then the gang discusses various ways that folklore is used to control behavior—a trick used on children and sometimes on the general public, too. We look closely at the Hispanic ghost La Llorona, a frightening tale that keeps children away from flood-prone river banks in New Mexico, and then some of her even scarier cousins, the Japanese kappa, who seem to have a fixation on human butts and cucumbers. Then all the way up in Iceland we meet the Yule cat, who eats children that don’t wear their new Christmas sweaters—but also teaches a host of other lessons.

You can listen to it HERE.