‘Bring Back Our Girls’ At 5: Boko Haram’s Forgotten Captives 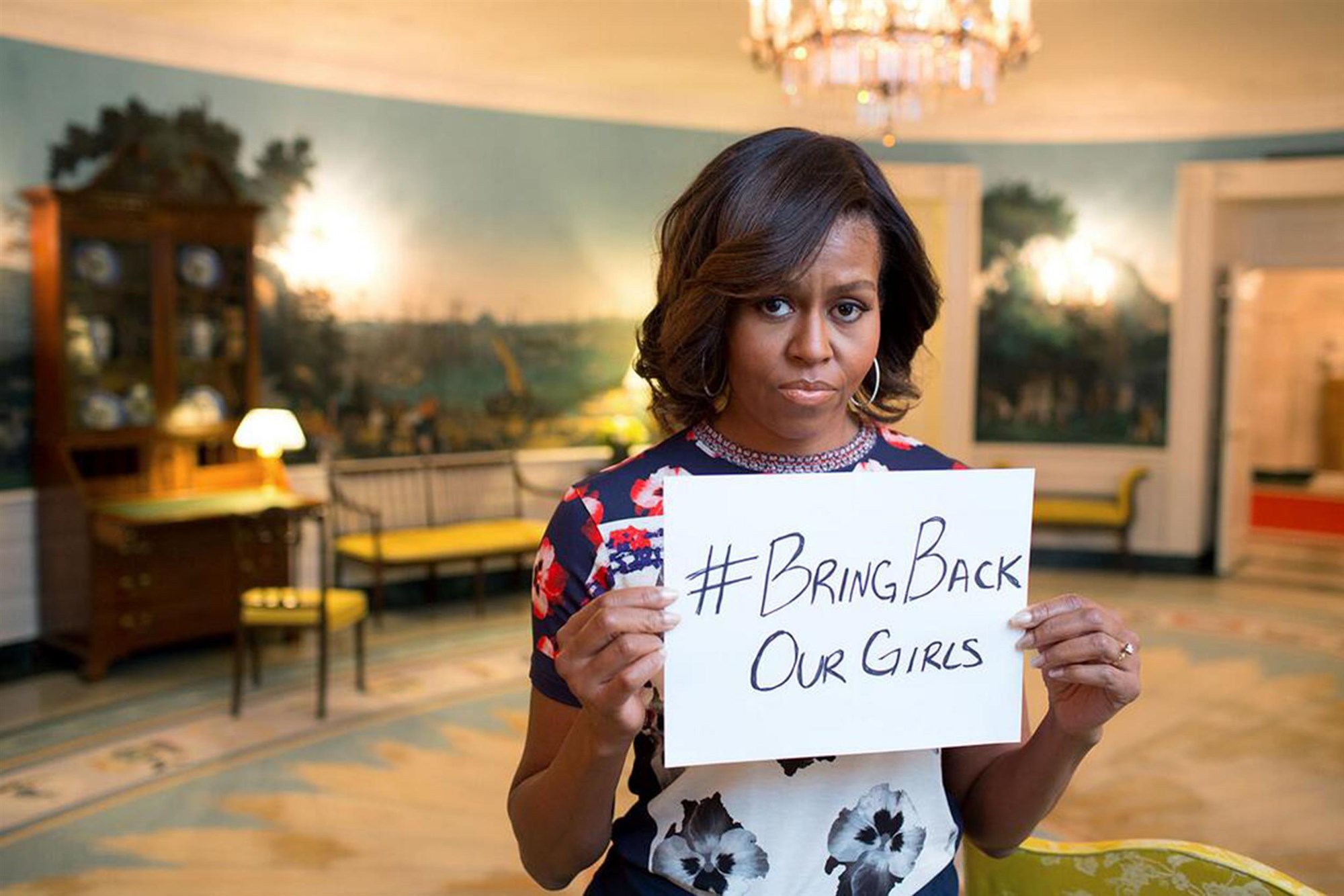 It was a bold and brash attack on innocent girls that outraged the world and spawned unprecedented online activism: Boko Haram, an extremist Muslim group in Nigeria, abducted about 276 schoolgirls from a rural secondary school in the town of Chibok on April 14, 2014.

Since that time about half have been recovered, and over 100 remain missing despite an international outcry and hundreds of celebrities demanding that the group #Bringbackourgirls. Despite the presence of advisors and special forces troops from countries including the United States, Canada, England, and France, the location of the kidnapped girls remains unknown—or if it is known, it has been deemed too difficult a location to stage a successful rescue mission.

Though the Chibok girls got international attention, they were not the only victims. As The New York Times Magazine described, many thousands of boys were also abducted and conscripted into Boko Haram’s ranks, forced to pillage, shoot innocent people, and at times behead their victims. Missing girls typically get more media attention than missing boys, and this was no exception.

Bringing Back Our Girls and Boys

So what happened? How has Boko Haram been able to defy a half-dozen of the most powerful nations in the world for half a decade? There are several reasons.

First, rooting out the group has been much more difficult than American and Nigerian officials expected. The region where the captives were taken is remote and vast—including the rugged Sambisa Forest where surveillance drones are of little use—and where the Nigerian government has limited influence. Many also blamed Nigerian president Goodluck Jonathan for not accepting international assistance sooner.

Second, the limits of hashtag activism became apparent; sharing outrage on social media felt empowering to many shortly after the abduction but did not translate into any real effect. The collective outrage of the Western world was irrelevant to Boko Haram, who reveled in the attention and recognition. Celebrities including Justin Timberlake, Sean Penn, and Bradley Cooper joined the campaign; Timberlake, for example, tweeted an image holding signs that said “Real Men Don’t Buy Girls”—a well-intended effort based on the dubious premise that militant Muslim terrorists can be shamed into questioning their masculinity by wealthy American actors and pop stars.

First Lady Michele Obama was one of many prominent celebrities to embrace the cause, and the fact that the wife of the most powerful man in the world addressed the group in a viral May 7 photo posted to social media asking for the return of its hostages gave Boko Haram legitimacy it sought.

The online community soon lost interest when positive results weren’t forthcoming. As days turned to weeks and months to years, the demand to Bring Back Our Girls faded. Most of those who initially shared the pleas on social media soon moved on to other causes and other concerns, including ALS water dunkings and outrage over the police shooting of an unarmed teenager in Ferguson, Missouri. Other important international news stories took precedence.

Third, political and ethical pressures have prevented the return of the kidnapped girls. There have been several opportunities to bring back the captives, but none of them were politically viable for Nigeria and the United States. For example one option would be to simply buy the girls back from Boko Haram, since they were captured to be sold as slaves. While this would safely reunite the girls with their families and achieve a peaceful end to this hostage situation, this would put both countries in the position of participating in the slave trade and trafficking of humans—which of course is illegal and morally abhorrent.

American officials could reframe the situation to avoid the slavery aspect by simply referring to the girls as “hostages” (regardless of what Boko Haram wishes to call them), and proceed to negotiate for their release, as governments around the world often do (whether they publicly acknowledge it or not). Informal overtures were made to Boko Haram about the possibility of making a deal for the girls’ return. Some have expressed outrage at the practice, saying it encourages kidnapping and rewards terrorism, but the simple fact is that governments negotiate with terrorists all the time while officially denying it. The reason is simple: if a group has hostages you want returned alive and unharmed, there are very few options. Like it or not, the best way to get the desired outcome is to negotiate the release of hostages. Anything else, including—and especially—an armed military attack is likely to leave dozens of people (both terrorists and hostages) dead, which the government will likely be blamed for.

Not only has Boko Haram refused to release its hostages as demanded, but their power has grown. Abductions and attacks have continued; as a CNN timeline shows, the group’s power remains. The Obama administration was understandably distracted by serious conflicts in Iraq, Syria, Russia, and elsewhere, and the Boko Haram hostage situation created a very thorny political and ethical dilemma that the Trump administration has shown no appetite for tackling. The parents of the kidnapped girls, of course, don’t care whether Nigeria and the Western countries set political precedents or appear to appease terrorists or buy slaves. They just want their children returned.