Reporter Mike Balsamo has an error in his Associated Press story about clowns: Aurora Colo. theater shooter James Holmes did not in fact dress up as the Joker during his attack (as I explain in my “Bad Clowns” book, pp. 115-119 and also in this CFI blog). 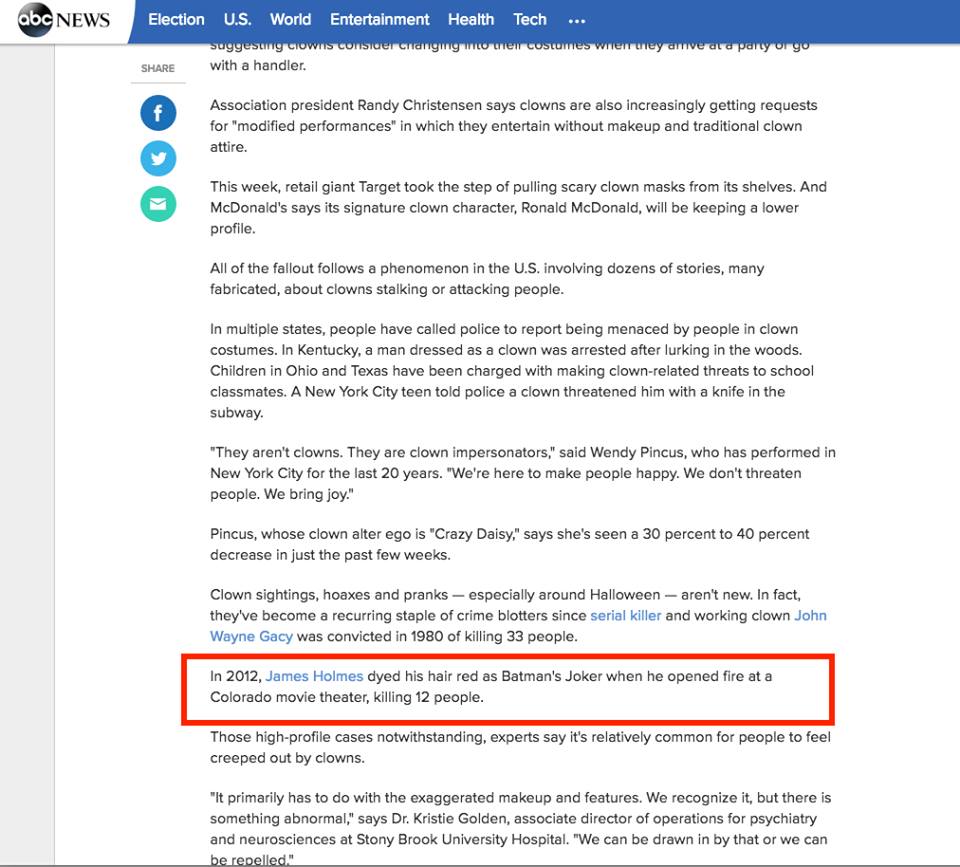 There are other errors as well, including that The Joker’s hair is green, not red, and it refers to “working clown John Wayne Gacy.” Gacy did not work as a clown, he was a building contractor who volunteered as a clown on a few occasions but was not a professional clown.