A psychic tells a TV show where to find the remains of a young mother who went missing four years ago; they go to where her psychic visions claimed the victim was and found bones. The police were called and the psychic claimed victory… until the bones were identified by scientists as non-human. If I had time/energy I’d contact the “psychic” and ask for an explanation, why she cruelly raised the hopes of the missing woman’s family members to gain publicity for herself. 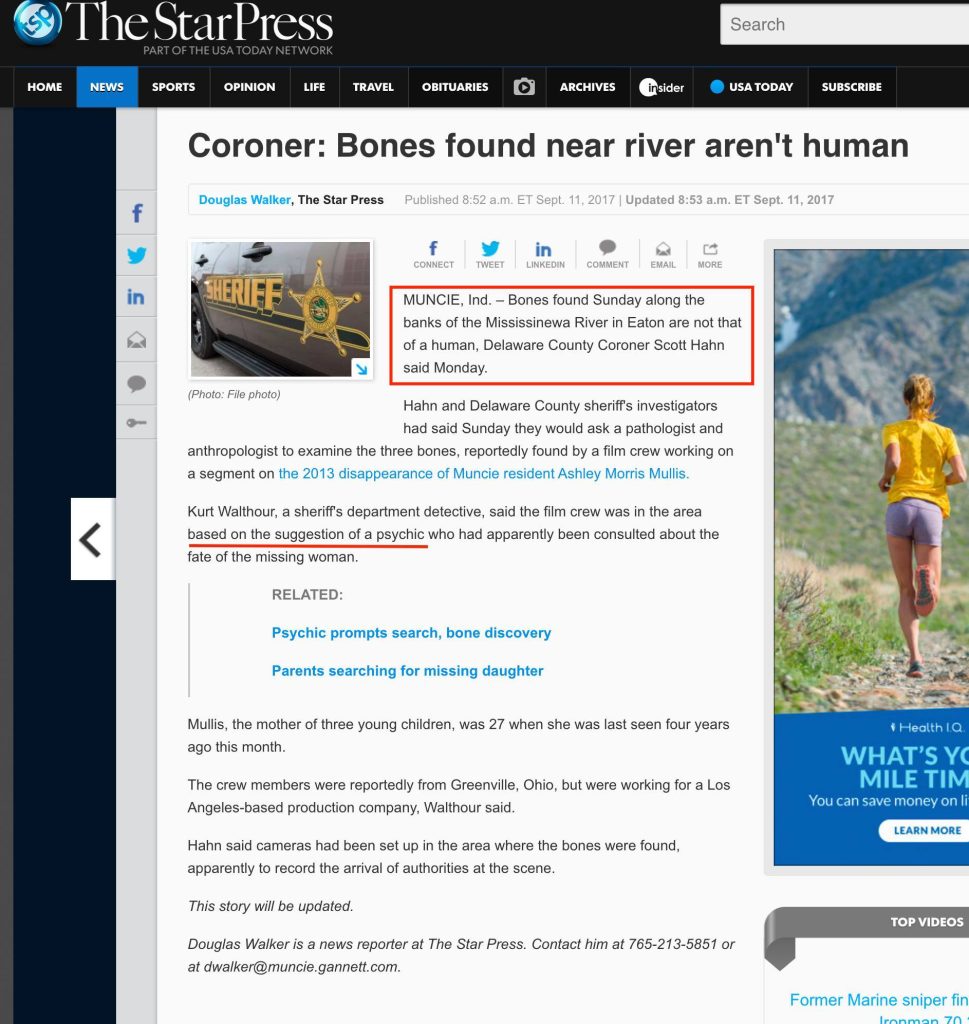