I’ve been a huge fan of Warren Zevon for decades, and was fortunate enough to see him live a few times (and even got his autograph on a photo I took of him). Known as a highly literate songwriter, he had many books and writer friends. I learned he was dying shortly before my first book came out, and I dedicated that book to him. I also sent him a signed copy of that book, and was told by his agent he received it. I have no idea if he read it, but he likely at least looked at it–when he wasn’t recording his final, Grammy-winning album “The Wind.” Zevon’s book collection was sold, and I wonder if mine is among them. That would be cool. 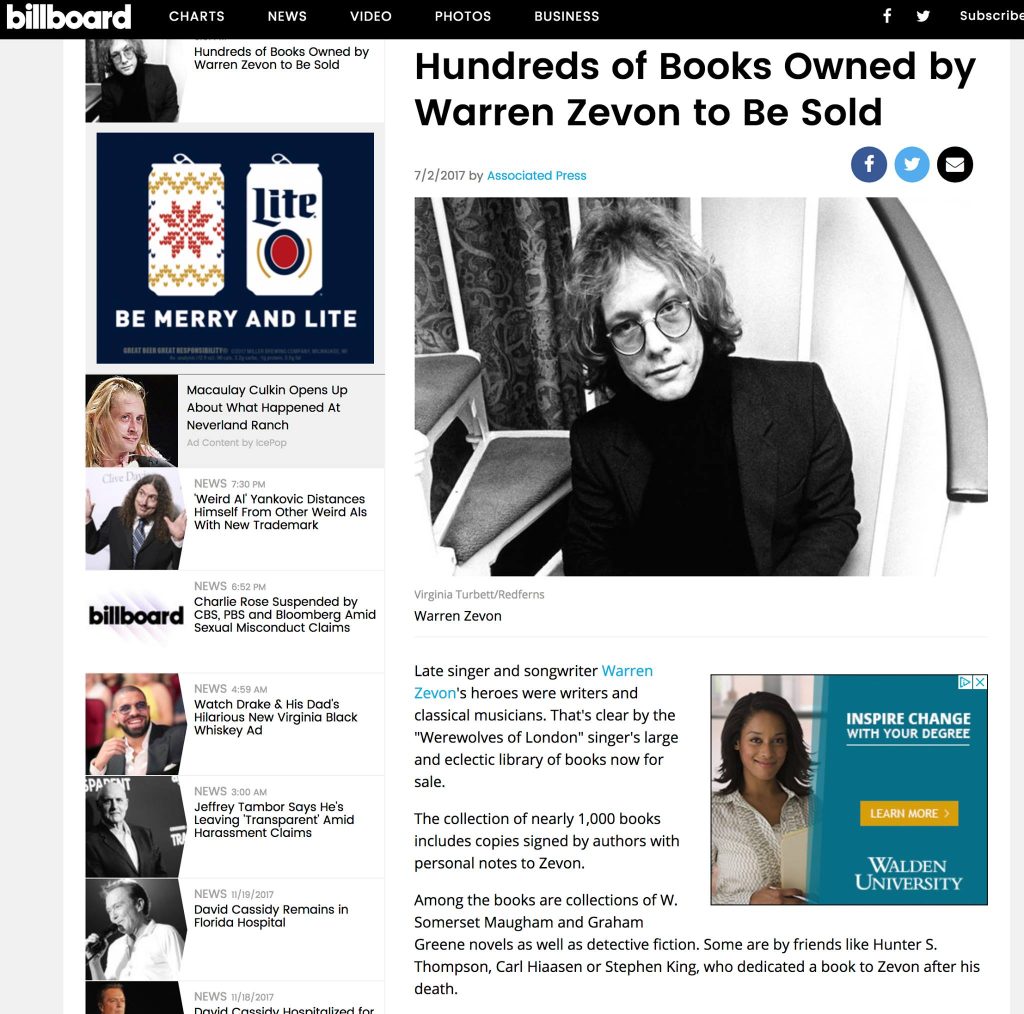