A folklore colleague sent me a news story about the sinister-yet-fictional Blue Whale Game rumor, which is once again circulating after I and others debunked it back in 2017… I’m not going to link to it, to avoid rewarding poor journalism with clicks, but the headline is below: 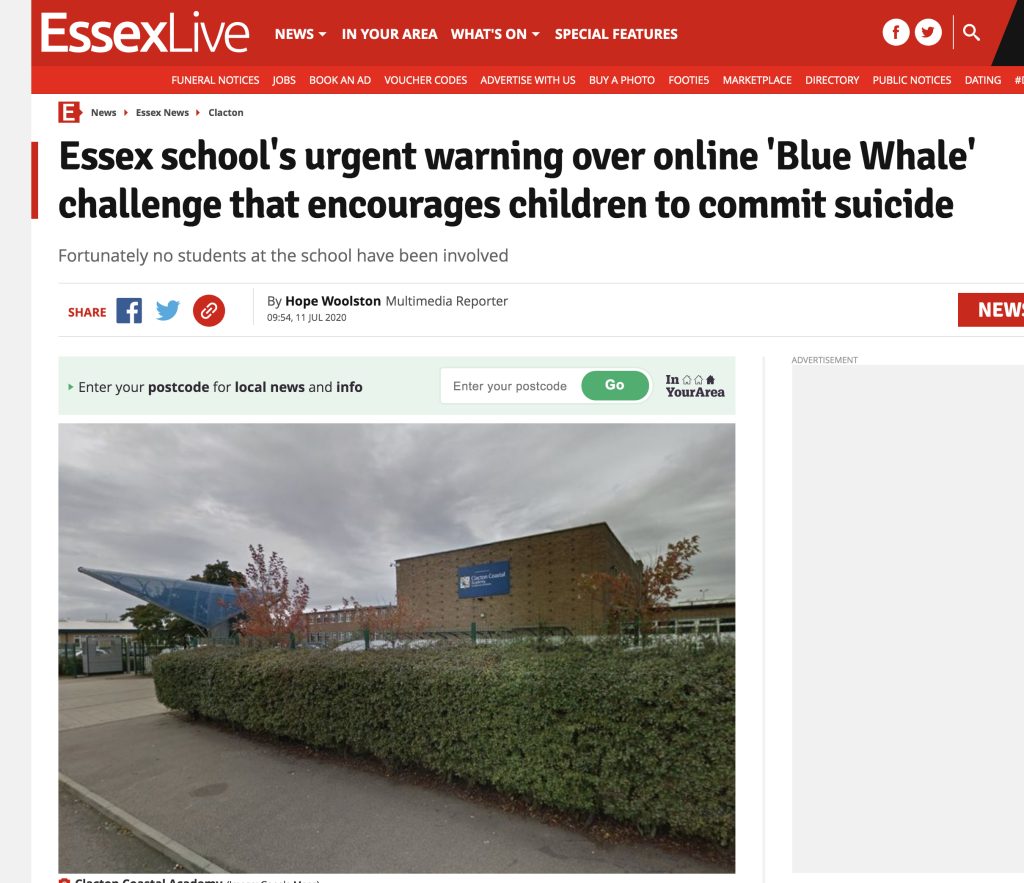 As if there aren’t enough real problems to be concerned about?

Here’s a bit of what I wrote previously:

Over the past few months scary warnings have been circulating on social media asking parents, teachers, and police to beware of a hidden threat to children: a sinister online “game” that can lead to death! Some on social media have limned their reporting on the topic with appropriate skepticism, but many panicky social media posts plead for parents to take action.

Here is a typical warning: “The Blue Whale ‘suicide game’ is believed to be a hidden online social media group which its main aim is to encourage our children to kill themselves. Within the group daily task are assigned to members have to do different tasks for fifty days. They include self-harming, watching horror movies and waking up at unusual hours, but these gradually get more extreme. But on the fiftieth day, the controlling manipulators behind the game reportedly instruct the youngsters to commit suicide. Please share and warn all other parents of the dangers of this game. We do not want any deaths related to the game within the UK.”

Though a few qualifiers are dutifully included (“is believed to be” and “reportedly,” for example) the overall tone is alarmist and sensational. It’s not clear where the appellation “Blue Whale” game comes from, though some have suggested it’s linked to suicidal whale beachings. Debunking website Snopes traced the story back to a May 2016 article on a Russian news site, which “reported dozens of suicides of children in Russia during a six-month span, asserting that some of the people who had taken their lives were part of the same online game community.”

While it appears to be true that some of the teens used the same social media gaming sites, it does not logically imply that there’s any link between the deaths, nor that the site caused them. Correlation does not imply causation, and it’s more likely that depressed teens may be drawn to certain websites than it is that those websites caused their users to become depressed and/or suicidal. And, of course, on any wildly popular social media site (including Instagram, Facebook, or Pogo), a small subset of users will share common characteristics, including mental illness, simply by random chance.

And of course we talked about it on my podcast; you can listen HERE.