Shaman Or Showman: The Illusory Ineffability Of Donald Trump

In my line of work, I routinely encounter events said to be inexplicable. They’re not merely amazing or incredible but downright unexplained. At times the topics I research are even said to be “beyond science” (whatever that would mean). These subjects—including psychic powers, crop circles, Bigfoot, ghosts, and miracles—are described as timeless mysteries that cannot be fathomed or understood: the mystery is simply too great, overwhelming all human capacity for understanding.

Of course most or all of these mysteries have indeed been explained through careful investigation. Invariably when people call something mysterious or unknowable, it’s because they simply haven’t put in the time and effort to understand it. The world is a complex place with many variables and moving parts; deconstructing them takes time and effort.

When I hear that ghosts are “unexplained,” I’m likely to politely and diplomatically inquire what specific aspect of ghosts the speaker finds inexplicable and what knowledge or assumptions factor into their blithe conclusion that specters are—must be—inherently beyond the capacity for human comprehension. What exactly do they think cannot be explained? A particular “spooky” photo? A creepy experience they had in an old house? Some scene in a “reality” TV ghost hunting show? Just because one person doesn’t understand something doesn’t mean it can’t be explained by someone else; typically, they’re called experts.

I thought about this over the past few months when seeing social media posts expressing astonishment and utter incomprehension about support for Donald Trump. This appears in countless memes, usually framed by something along the lines of “I’ll never understand why people still support Trump despite X…” 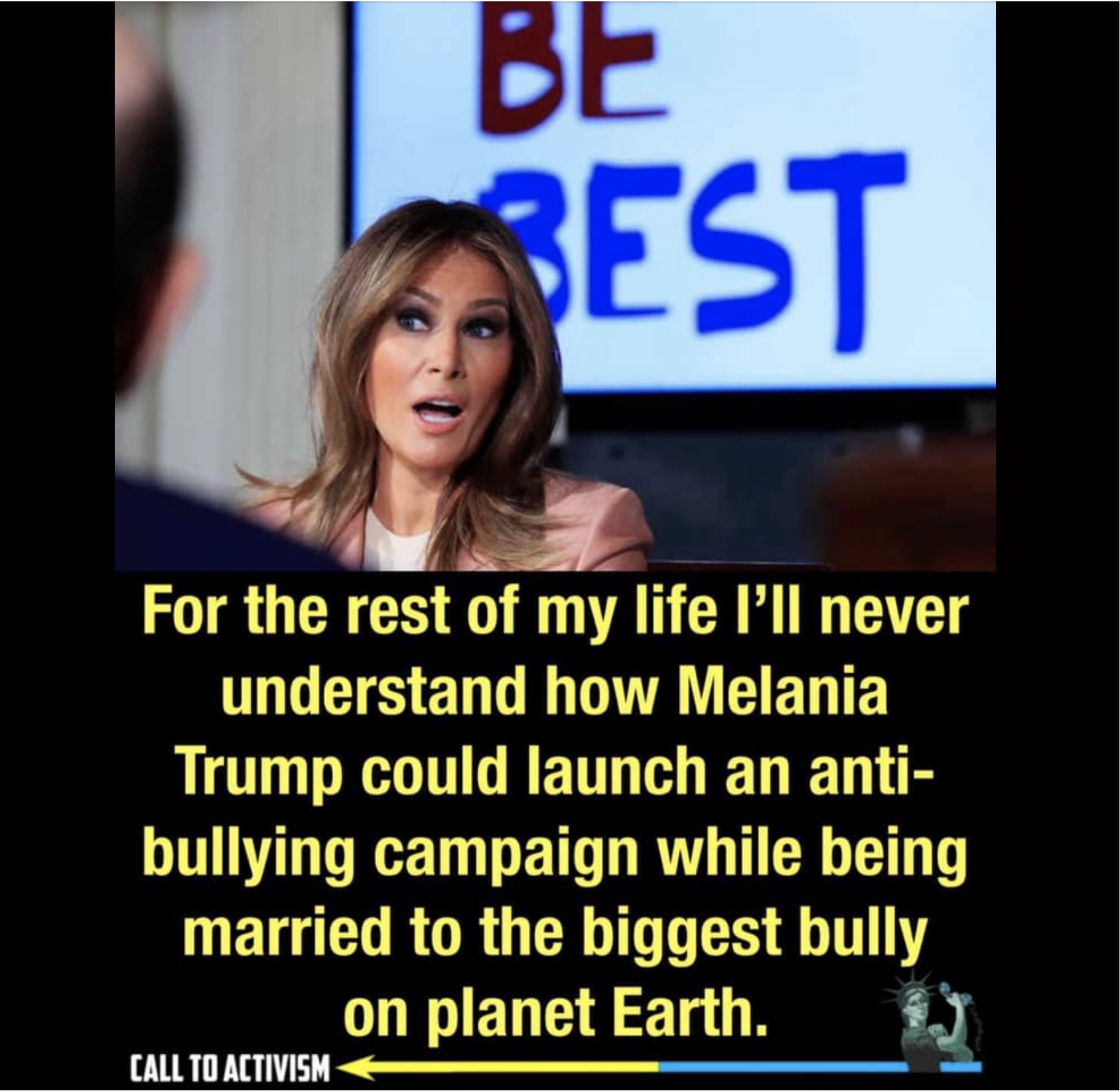 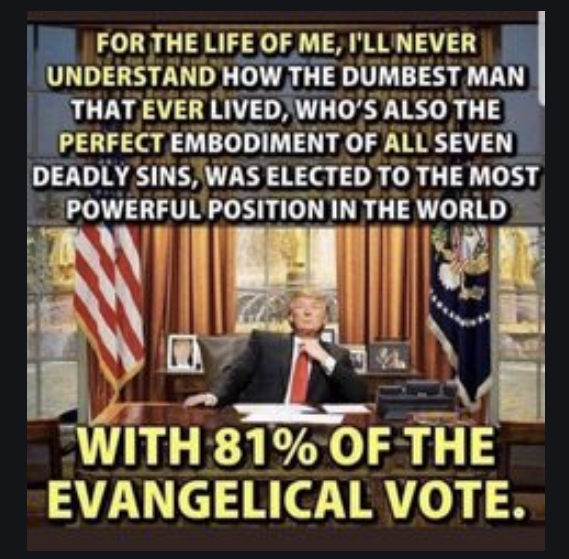 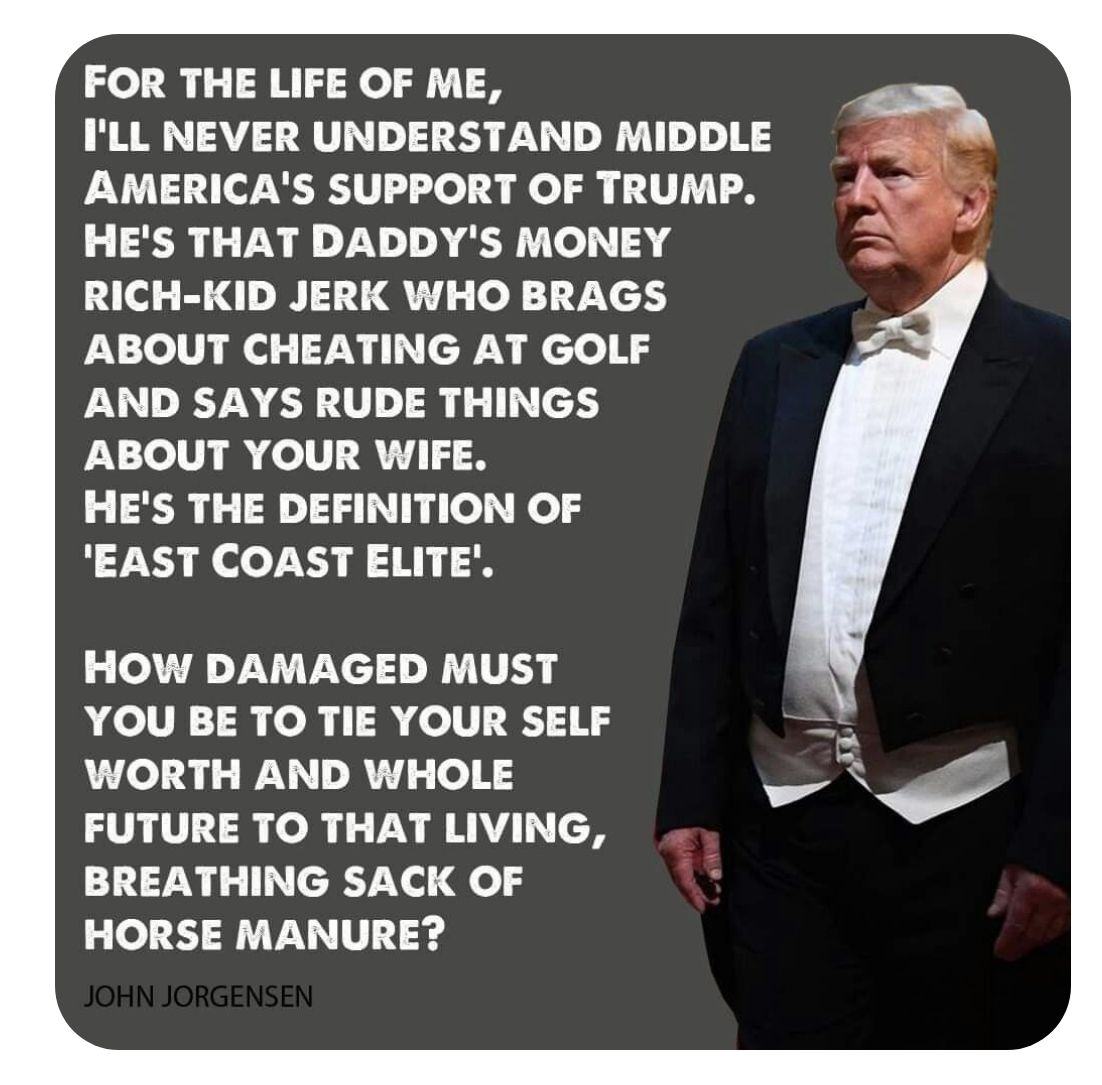 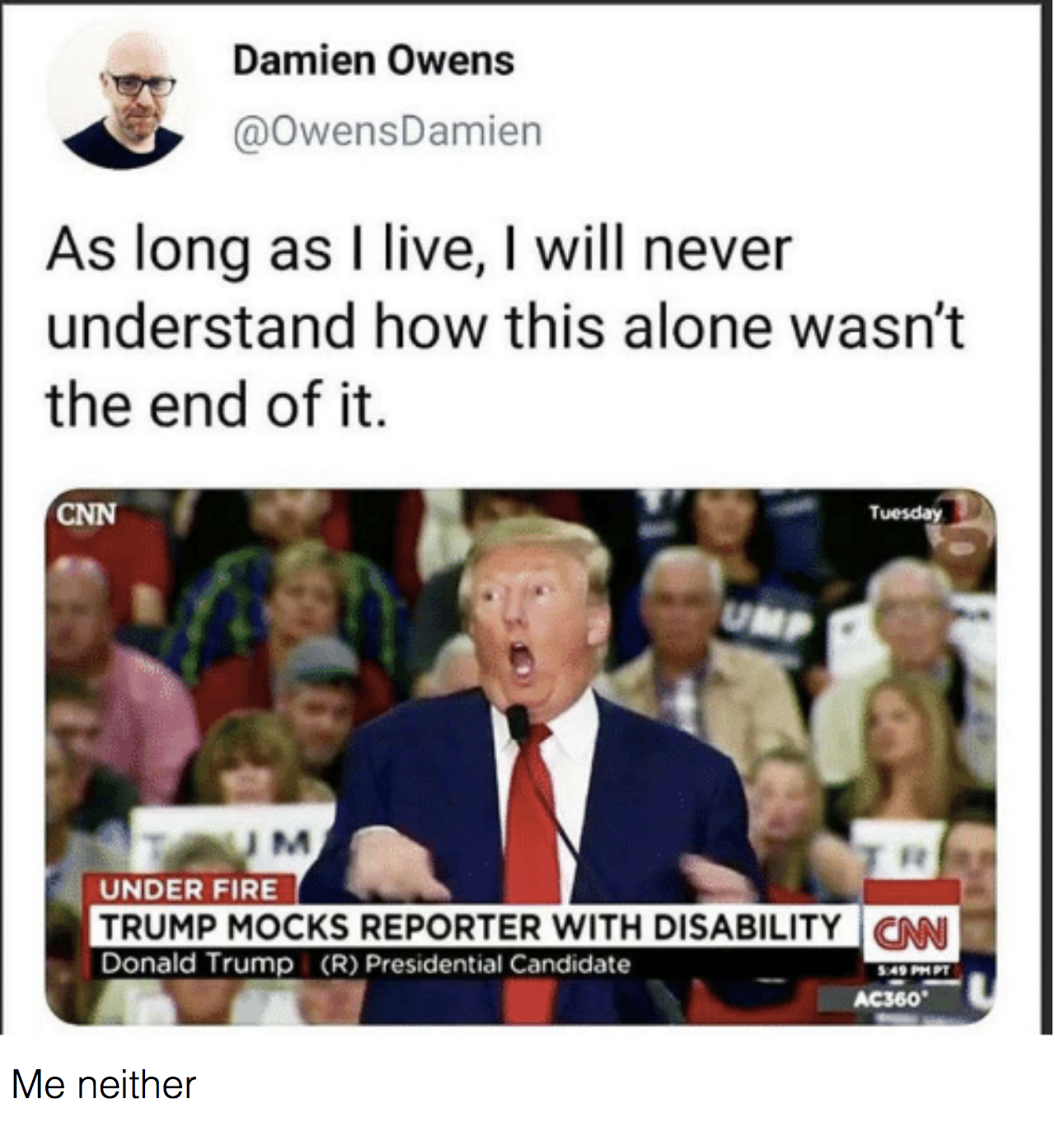 Explaining why Trump continues to have supporters after his repeated comments about minorities, women, the disabled, immigrants, etc., is actually pretty straightforward. It’s the same reason he doesn’t lose significant support when he makes bizarre and false comments about any number of things. His supporters offer one or more of the following reasons to overlook them: it was a joke or typical political braggadocio that doesn’t reflect his beliefs and therefore characterizing it as a sincere comment is political correctness run amok (and/or it is intentionally mischaracterized by the “fake news” media, one of countless example of how unfairly he’s treated); or that it’s a harmless mistake or misspeak (no one’s perfect after all).

Trump greatly exaggerated the size of his inauguration? So what? He’s a politician and a showman; that’s hardly a big deal. He bragged off camera about grabbing women? So what? It’s locker room talk; men always brag to other guys about their sexual prowess; it’s unseemly but hardly a reason not to vote for him. He suggested that COVID-19 could be cured by injecting disinfectant or exposing patients to “ultraviolet or just very powerful light” and later encouraged his supporters to vote twice, once by mail and again in person? Taking it literally is disingenuous; he was obviously joking! And so on.

Plus, as I’ve previously written, Trump is almost always right because he takes both sides of issues, declaring in one moment that he condemns white supremacists and in the next implying that he supports them. He praises his COVID-19 response team—before criticizing them hours later. He encourages Americans to vote by mail until he discourages them from doing so. When we combine this tactic with psychological factors such as confirmation bias (selectively noticing and remembering information that confirms our assumptions and beliefs while ignoring information that undermines it), it’s not difficult to understand his significant support. 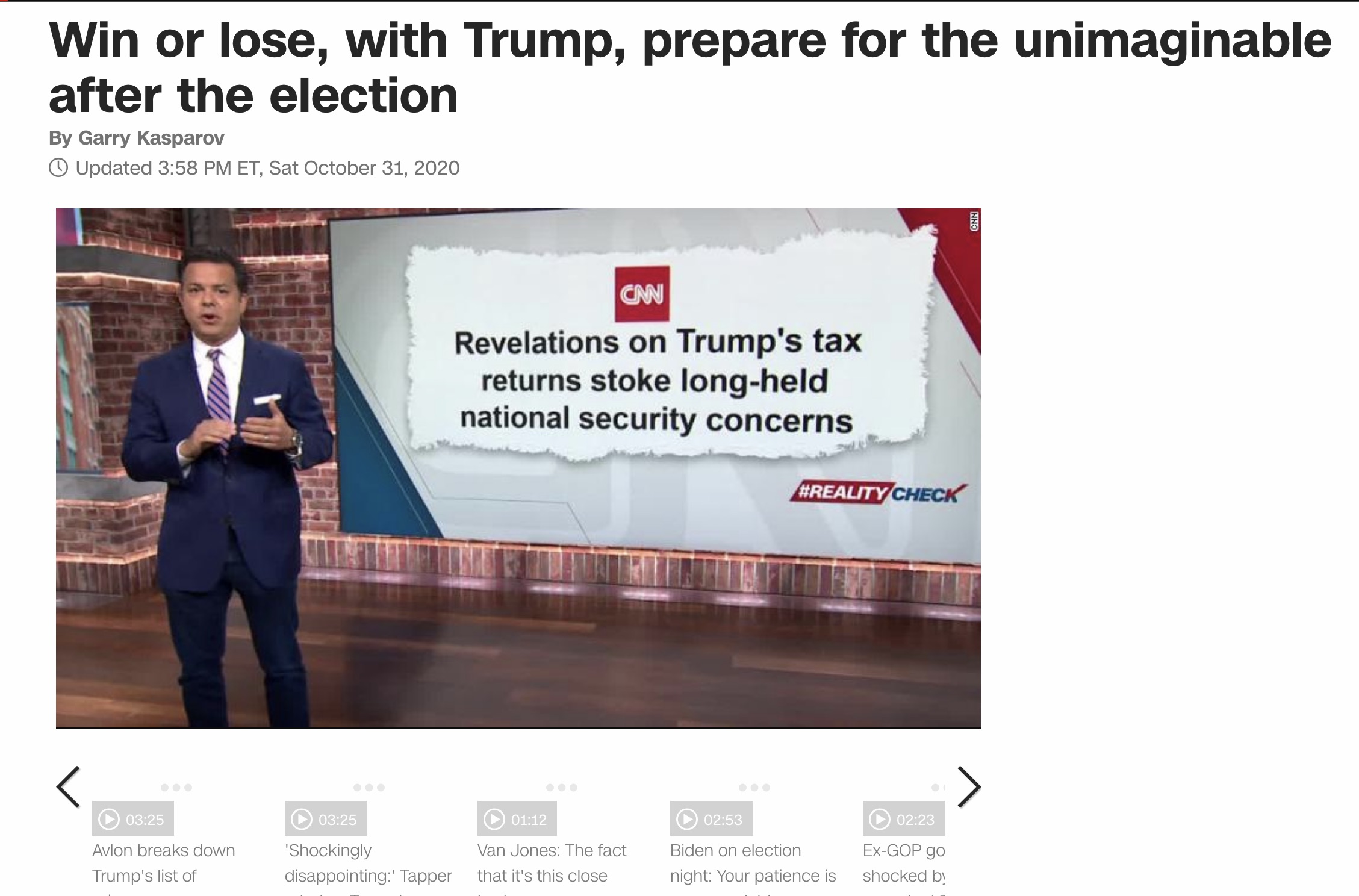 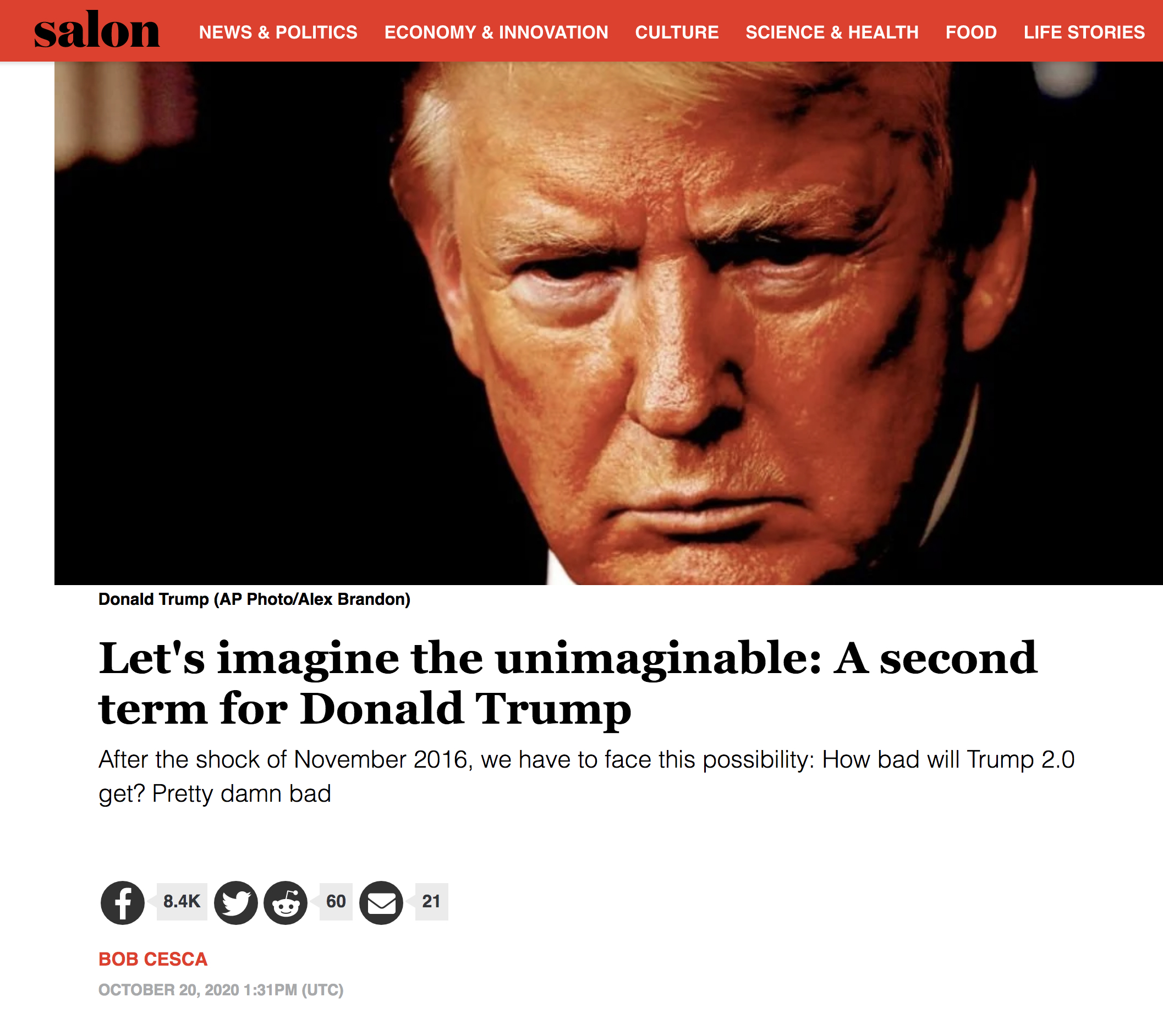 Salon and CNN recently had headlines describing more of Trump’s presidency as “unimaginable.” Dismal, depressing, or ruinous, sure … but unimaginable? Beyond the human ability to comprehend? We can imagine far-off worlds of science fiction and dragons, meeting gods and seeing other galaxies. A Trump re-election, however distasteful and ruinous, is hardly unimaginable. And it’s just this sort of catastrophizing hyperbole that his supporters point to as evidence that news media is out of touch and, well, exaggerating. Sure, they say, the past four years haven’t been great, with the pandemic and all, but they haven’t been unimaginably bad, and in fact could have been worse.

There’s nothing mysterious, profound, or unexplainable about Donald Trump or his support. All the information you need to understand Trump and his appeal is available with an internet connection and a few taps of a keyboard.

Whatever it is that you don’t understand about Trump or his base, you can find years’ worth of solid reporting and analysis, from best-selling books to documentaries to long-form journalism.

Not only is there no excuse not to understand the Trump phenomenon, but failing to do so is a grave error if you oppose him. To solve a problem you have to understand it. You can bet that Joe Biden’s campaign hasn’t declared Trump’s support beyond comprehension, throwing up their hands in defeat in the face of Trump’s inherently inscrutable nature and appeal.

When it comes to continued support after Trump’s seemingly racist and misogynist comments, there’s another, more powerful rationale among his minority and women voters: The comment wasn’t a joke or hyperbole, and may in fact reveal his core values (if indeed he has core values beyond self-interest, a premise I don’t accept). But they are willing to overlook it because he advocates for other, more important issues. This is a theme that recurs over and over again: voters don’t appreciate his sexist and racist comments but don’t consider them to be disqualifying. It’s simply not a hill they’re willing to die on. They vote for Trump despite, not because of, such comments and actions.

For some people, the “I’ll Never Understand Trump” phrase serves as a shorthand, signifying not sincere confusion but wanting those on social media to know that Trump’s words and behaviors are so aberrant, distasteful, and foreign to them that they are metaphorically beyond understanding. However, even merely as a trite rhetorical device, the idea that Trump’s support is “beyond understanding” fuels a harmful narrative about Trump and his power.

I wrote about this several years ago in an article about people avoiding using Trump’s full name. Often refusing to name a figure is done in deference to their awesome and potentially destructive power. The idea is that to say the name without sufficient reverence—or at all—is to risk drawing the person’s attention or wrath. In Roman Catholic exorcisms, knowing a demon’s name is considered an important part of the ritual and gives the priest power over the evil entity. Even saying the name of the Christian god is considered dangerous in some cases. The Harry Potter villain Voldemort is referred to as “He Who Must Not Be Named.” In British fairy folklore there is a long tradition of avoiding speaking the word fairy aloud to avoid their wrath. Refusing to use Trump’s name, regardless of the motivation, treats him as a special case, something that is done just for him. We need not think twice about spelling out the names of ordinary people, but Trump’s name is marked as extraordinary, requiring special care and attention, either in mocking circumlocutions or avoiding it completely.

Some of this “I’ll Never Understand Trump” messaging may be hyperbole and virtue signaling (ironically the same techniques used by Trump and his supporters), and there’s a persistent concern that understanding something bad or malicious is the same as accepting or endorsing it. We see this often in discussions about killers, when someone comments that they could understand why someone would “snap” or act out (after being victimized or abused, for example), prompting others to ask why the commenter is “defending” the criminal or crime.

Mick West’s book Escaping the Rabbit Hole: How to Debunk Conspiracy Theories Using Facts, Logic, and Respect is instructive; in it he emphasizes the importance of listening to why conspiracy theorists believe the theories they endorse as well as understanding the psychological processes behind them. I’m not comparing Trump supporters to conspiracy believers (though there’s some demonstrable overlap, given the president’s repeated endorsement of them); instead my point is that understanding a point of view doesn’t imply agreeing with it. As Baruch Spinoza noted, “I have made a ceaseless effort not to ridicule, not to bewail, not to scorn human actions, but to understand them.” From critical thinking and logical perspectives, this is completely false, of course, but that may partly explain the reluctance by many liberals to “understand” Trump and his support.

Trump is not some uniquely inscrutable phenomenon; he is instead a banal, habitual liar, conspiracy and fear peddler, and a two-bit con man. He’s not a masterful Svengali holding some unexplained, unnatural hypnotic sway over his supporters. He’s a showman, not a shaman, and his techniques are well understood by those who choose to look at the evidence.

By the same token, the real problem of characterizing Trump supporters as mindless zombies who have taken leave of their senses is not that it’s disrespectful but instead that it’s counterproductive. It pushes very real decision-making factors that need to be understood in order to be addressed into a black box of the unknowable.

Thinking about Trump’s appeal in binary moral absolutes is also oversimplistic and demonstrably false: People vote because of many factors, and issues that one person thinks self-evidently disqualifies Trump may not do so for someone else. The United States is incredibly diverse, and treating women and minorities as monolithic and homogenous groups is a flawed approach. If you assume that a) Trump is self-evidently racist and sexist; and also that b) no black woman would vote for a racist, then it’s you—not the female black Trump voter—who has badly misread the situation.

I noted that Biden’s campaign isn’t baffled by Trump at all, but neither have Democrats quite solved the puzzle more broadly. As Fareed Zakaria noted recently in The Washington Post (“Once Again, Democrats Have Misunderstood Minorities”):

Democrats are more disappointed because they had hoped that this would be an election that resoundingly repudiated Trump and realigned politics…He won the largest percentage of the Black vote since 1996 (though he still got only about 12 percent of the Black vote). One poll indicates he won 35 percent of the Muslim vote. What happened? There are probably many answers. Partly, Democratic strategist James Carville is still right—it’s the economy, stupid… But my own interpretation of these results is informed by feelings I have always had about the Democratic Party’s ideology of multiculturalism. It lumps a wide variety of ethnic, racial and religious groups into one “minority” monolith and approaches them from a perspective that does not fit us all. That means an ideology born out of the treatment of African Americans will ring false to American immigrants and their descendants. For us, harsh treatment by White Americans is not the single searing experience that shapes our politics. Some of us are socially liberal, others conservative … Even African Americans vary much more widely on policy than one might imagine.

If you don’t like Trump and want to diminish his influence (and that of his followers), the solution is not real or feigned confusion about his appeal but instead a closer examination of its psychological and social dynamics—and maybe changing your underlying assumptions and approach.

Few things in the world are truly incomprehensible or unexplained; ghosts, miracles, and Donald Trump are certainly not among them. Biden will need to take steps to unite a seemingly fractured nation. This will require understanding—not in the sense of fuzzy forgiveness and bonhomie but in the sense of applying motivational psychology—to find common ground and determine how best to bring people together.

A longer version of this article appeared on the CFI website; you can find it here.