My tribute to the Amazing Randi 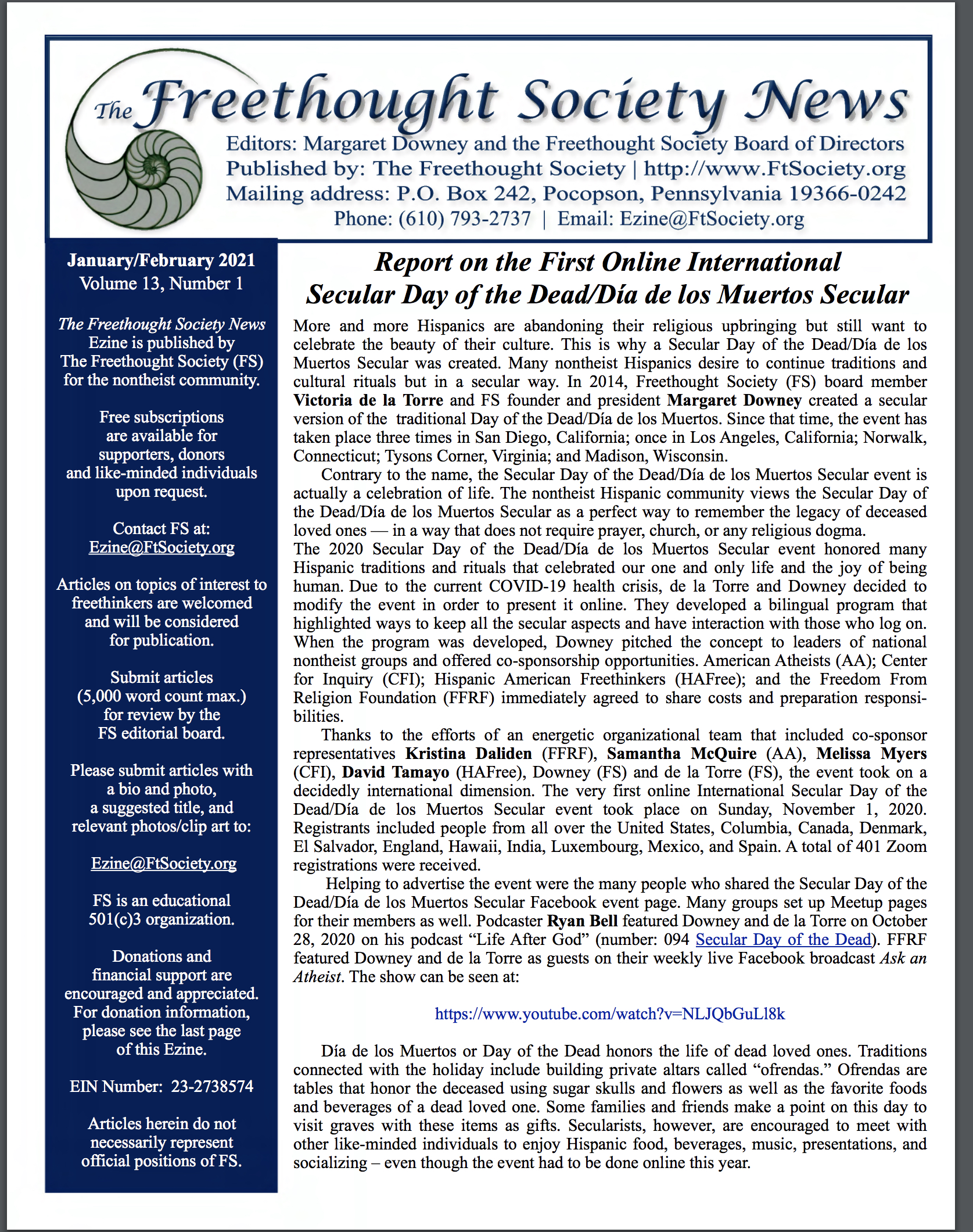 A Toast To The Amazing One

It is not much of a stretch to say that James Randi was one of the two main inspirations for my career choice as a skeptical researcher and investigator (the other being Carl Sagan). It was 1992, and a beer shortage led me on a path that would culminate in me spending about half my life walking on fire, hunting ghosts, making crop circles, chasing monsters, and exploring the paranormal. While at the University of New Mexico that year I won an essay contest (my piece examined the role that human error played in the 1986 Chernobyl and space shuttle Challenger accidents) and as a prize, I was flown to a college town in Utah to present my paper. While there my colleagues and I decided to venture out for a few beers. Because we were unknowingly in a dry county, this turned out to be an arduous and ill-fated venture.

But in the process of going door to door and store to store, we came across a tiny used bookstore. Amid the spilling shelves of books on fruit canning and apocalyptic survival guides (Mormon bookstore staples), I found a few old copies of Skeptical Inquirer magazine. One in particular, with a purple cover article on Nostradamus, caught my eye, and that was the first time I’d seen anyone criticize the famed prognosticator.

The author (James “The Amazing” Randi, as it turned out) offered skeptical, logical, and reasonable explanations for the prophecies’ apparent accuracy. Other paranormal and New Age topics were also discussed, giving another side to the story. Not all the explanations and arguments convinced me—I wasn’t taking the refutations as gospel, but at least I was hearing a new voice. I bought the issues and tucked them under my arm as the beer search went on, and upon returning home I subscribed to the magazine and joined the non-profit educational organization that published it (and which Randi co-founded): The Committee for the Scientific Investigation of Claims of the Paranormal (CSICOP, now CSI). Twenty years later I am the Deputy Editor of that magazine and a Research Fellow at CSI.

Since that time I have been honored and delighted to work with Randi in many capacities. It’s like growing up being a fan of the Rolling Stones, and ten years later finding yourself on tour with them and hanging out with Mick Jagger after a show. Call it balls, call it gumption, call it whatever you like: Randi has it in spades, and did long before I was born. 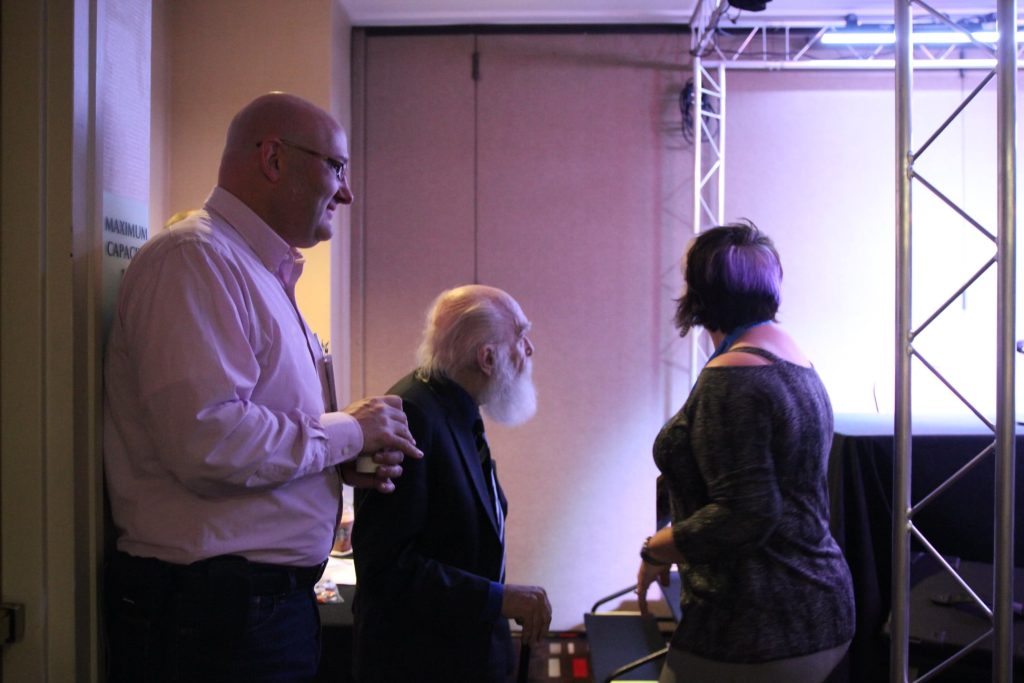 Randi and I, with Angie Mattke, about to go on stage at DragonCon. Photo by Susan Gerbic.

I don’t have the space to list all of Randi’s accomplishments, and couldn’t even if I wanted to. Life is short, you see, and anyway I’ve got a word limit here. However I’ll just mention a few of his projects that struck me as especially important. Project Alpha was brilliantly conceived and executed, teaching us that scientists’ knowledge and overconfidence in their abilities can be their own worst enemy. The Carlos hoax reminds us how gullible the news media can be when faced with the prospect of a sensational story. His legendary battles with Uri Geller teach us that woo-woo must be challenged whenever possible, and not remain unanswered.

While these stunts and investigations are noteworthy in their own right, to focus on them is to miss the forest for the trees, for what is perhaps most Amazing about Randi is the breadth of his life and experiences. He is far more than just a skeptic or escape artist or magician or world traveler. I remember visiting his home and seeing artifacts from trips to Peru he took decades ago. I, also, had traveled around Peru, including to the highlands he’d explored, and another common thread emerged. We even shared outrage at enemies of thought and reason: I mentioned that I was looking forward to passing water on the grave of George W. Bush, and he laughed and said he’d already done the same (or planned to, I forget) over the grave of Cotton Mather, one of the ideological architects of the Salem Witch Trials. We swapped war stories from the front lines of the skeptical movement, reminisced about old friends, and discussed the future of this strange skeptical endeavor we’ve both dedicated much of our lives to.

Like the brilliant Martin Gardner, whose work I admired and edited years, Randi is almost always unfailingly polite but that demeanor hides a sharp mind. He can lose his temper sometimes, like all of us, but he is better at suffering fools than many of us. He is patient and kind, but steadfastly refuses to brook exploitation of the innocent, especially from “grief vampires” like Sylvia Browne, with whom he’s feuded for years.

I dedicated my book Scientific Paranormal Investigation to Randi, and of course we come from a proud tradition of skeptics and investigators, from Benjamin Franklin to Harry Houdini. I am proud to count Randi as not only a mentor but a friend. Always quick with a quip or a trick, Randi has inspired millions. I don’t know anyone else who has toured with Alice Cooper, been encased in a block of ice for an hour, and exposed fraudulent faith healers like Peter Popoff. As varied and fascinating as his real accomplishments are, you have to watch out: Randi once told me he met Abraham Lincoln, and damn it, for a split second I believed him until that mischievous twinkle in his eyes reminded me to be more skeptical.

It’s not that no one else could, theoretically, have done many of Randi’s accomplishments; it’s that no one else did—and did them for the greater good with moral conviction, thoroughness, and a magician’s flair. There have always been skeptics, and there always will be—but there is only one Amazing Randi.